The unique sound of a violin with a reverb tank inside of it. Available for the free Decent Sampler player.

The instrument you see below has something very unusual inside of it: a reverb tank. As the bow makes its way across the strings, the instrument’s body vibrates, much as it would in any normal stringed instrument. But unlike a traditional violin, these vibrations cause the internal springs to shake producing a unique, sympathetic reverberation.

Watch the video to see/hear this sample library in action:

Equal parts of dusty and warm, familiar and haunting, it’s a sound that’s not quite that of an acoustic violin nor that of an electric, but instead very much its own.

Because the internal reverb tank has a very long decay, this instrument works best for long, sustained notes. 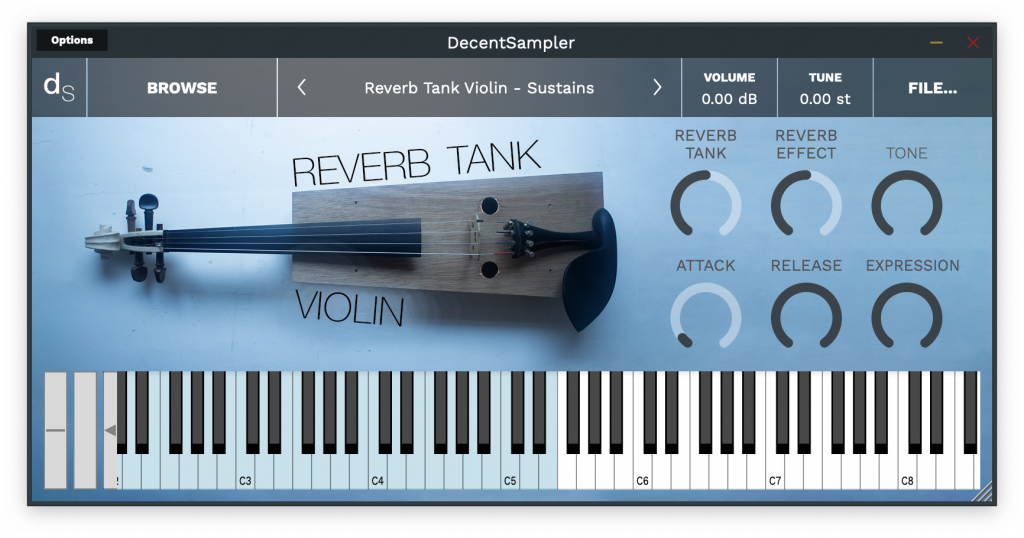 As you can see there are six controls: REVERB TANK fades between the sound of the violin recorded the was picked up by mics in the room where it was recorded and the sound of the internal reverb tank. The two layers have very different characters, but they sound particularly good together.

Finally, we have the familiar attack and release knobs. A unique thing about this sample library is that each note is actually made up of two samples. There’s the main sample that you hear when a note is being played, and then there is a release trigger sample that gets played when a note ends. This contains the gradual decay of that note as it slowly dies down in the internal reverb tank.

There is also a Tails preset which is designed to be played more like a keys instrument. It has all the same controls except instead of an EXPRESSION knob it has a velocity sensitivity knob. 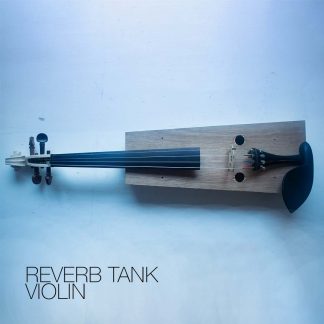