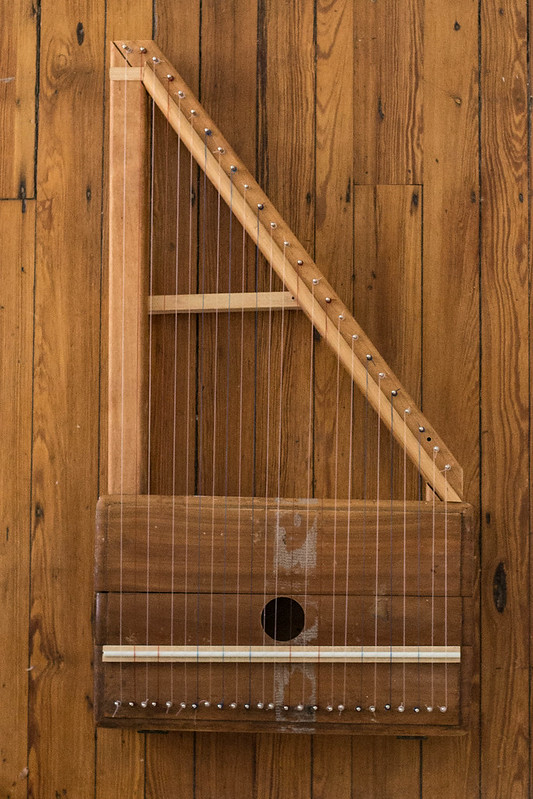 On a rainy Saturday seven years ago, I headed down to my basement with an old wooden box.  Several hours later, I emerged with a large, table-top harp.

Playing it is pretty straightforward. You can either plucked it from the end as you look down the strings or off to one side like a zither. You can play it with your bare hands – the strings are nylon and very forgiving – or you can use a pick.

Up until now I’ve been the only one who was really able to enjoy playing it. Hopefully, all that changes today. I’ve sampled the instrument and I’m releasing a sample library now for free. It’s got a warm but distinctive sound that can be used in a variety of different contexts.

For this release, I’ve recorded it both ways – plucked with bare hands for a nice intimate sound – and played with a pick. As you will hear, that gives quite a different sound. The two articulations sound especially good together. There’s also a third FX layer which is the plucked sound but with some added chorus and reverb.

Depending on which sampler platform your using there may also be two knobs for controlling reverb and decay.